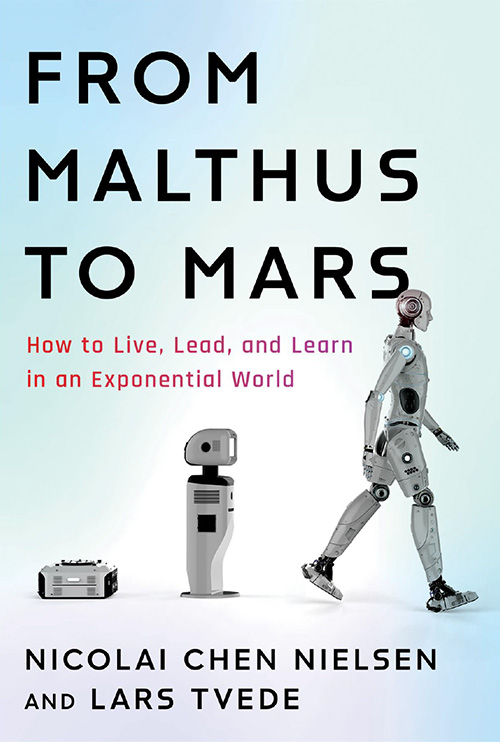 From Malthus to Mars

HOW TO LIVE, LEAD, AND LEARN IN AN EXPONENTIAL WORLD

Who was this McKinsey consultant? – He was Nicolai Chen Nielsen who had a double Master’s degree in Economics and Finance and was an alumni of Wharton Business School, HEC Paris, and CBS, a former advisor to 25+ Fortune 500 companies, and a leader in McKinsey Academy. He was also co-author of Leadership At Scale (Hachette), and Return on Ambition (Fast Company Press), the latter shortlisted by GetAbstract as one of the five best non-fiction books among 10,000 they summarized in 2021 and 2022 gold winner at the Benjamin Franklin Book Award.

The book was first published in Danish i autumn 2022 and became #2 national bestseller as printbook and #1 as audiobook. English, Chinese and Korean versions are in progress.

Some of the findings about the future which we describe in the book are:

We move on from these observations to describe eight efficient mindsets and 10 corporate strategies that can prepare people for a rapidly changing world.