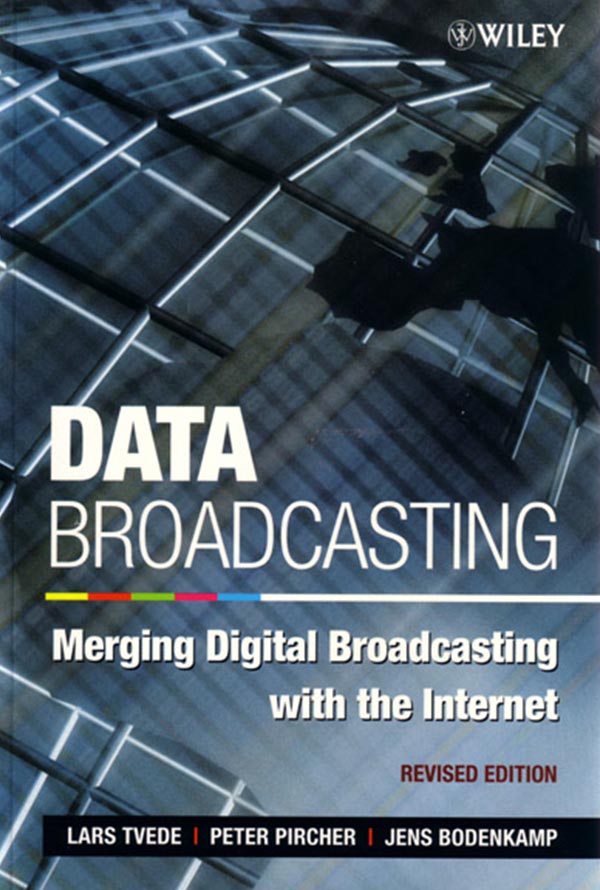 A truly groundbreaking volume, this fully revised and updated edition of Data Broadcasting presents an exhaustive overview of the specific data broadcasting and bordering technologies concerned. Answering a wealth of questions, it describes this new technology in detail, examining how it differs from established technologies, and for what means it can be used. It also analyses data broadcasting from the perspectives of both the medium and business.

«In 1991 I participated in the purchase of an IT company from a bankruptcy estate. It provided professional financial information to trading desks via satellite. We renamed it «Tenfore», moved it from Denmark to Switzerland, hired a number of really smart software people, developed the technology much further, and achieved the British cable Innovation Award. It was the first company in the world ever to transmit digital data via cable networks, and I think it also was the first to broadcast digital data via satellite. We built an international distribution and sold it to a group of investors.

After that I co-founded The Fantastic Corporation, a broadband communication enabler, with Peter Ohnemus and my other long-term friend and business partner, Frank Ewald. It took off like a rocket. Intel, Reuters, BT, Deutsche Telekom, Telecom Italia, Lucent, Loral and Kirchgroup soon invested in it, and we made joint ventures with BT, Deutsche Telekom, Kirchgroup and Singapore Press Holdings. I was responsible for the Intel, Reuters and Kirchgroup relationships as well as our joint venture company with Kirchgroup. After less than three years we had seven of the ten largest telecoms in the world as clients. Our revenues were now soaring and we were approached by a number of banks offering to take us public. We chose a consortium led by Goldman Sachs and were listed with the shares more than 40 times oversubscribed before our 3-years anniversary. This was of course during the great IT boom.

This book is about the technologies we invented. On a separate note, it’s one of the three fastest books I have authored or co-authored. I wrote it with support from Intel’s head of business development for Europe, Jens Bodenkamp, and the CTO in Fantastic, Peter Pircher within three weeks from start to finish; mainly because we absolutely didn’t have more time to spare.